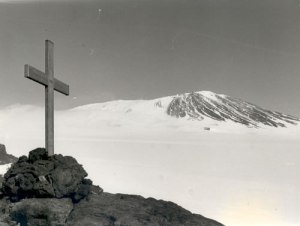 This week is known throughout the Christian world as holy week. It culminates of course on Good Friday and Easter Sunday. I hope to put up posts each day on the message of this last week of Jesus’ life. In doing so I will focus primarily on the socio-political message of this last week. Much of the thoughts and ideas come from New Testament scholars like NT Wright, Marcus Borges, and Dominic Crossan. This first post will cover Palm Sunday.

The overall thesis of these posts is that Jesus is enacting the kingdom of God. That this last week will contrast the kingdom of Caesar and will culminate in the ultimate conflict between kingdom, passions, and methods in Jesus’ crucifixion and resurrection. For those of us who are members of the modern empire or kingdom of the United States, this week will be particularly poignant and indicting as we seek to understand Jesus’s message and path.

“Two processions entered Jerusalem on a spring day in the year 30…One was a peasant procession, the other an imperial procession. From the east, Jesus rode a donkey own the Mount of Olives, cheered by his followers. Jesus was form the peasant village of Nazareth, his message was about the kingdom of God, and his followers came from the peasant class…On the other side of the city, from the west, Pontius Pilate, the Roman governor of Idumea, Judea, and Samaria, entered Jerusalem at the head of a column of imperial cavalry and soldiers. Jesus’s procession proclaimed the kingdom of God; Pilate’s proclaimed the power of empire. The two processions embody the central conflict of the week that led to Jesus’s crucifixion.”

Jesus entry resembles a political demonstration. He carefully and secretly plans his entry in advance (as Mark tells the account). Familiar with scriptures, Jesus uses their images and language to emphasize his message. He has his disciples seek out a colt that has never been ridden. He rides down the Mount of Olives from the east into the city surrounded by supporters casting palm leaves and shouts of “Hosanna!” He is accompanied by rural peasants, unemployed fishermen, and the socially marginalized.

Pilate’s other entry is accompanied by a visual panoply of imperial power:

“Cavalry on horses, foot soldiers, leather armor, helmets, weapons, banners, golden eagles mounted on poles, sun glinting on metal and gold. Sounds: the marching of feet, the creaking of leather, the clinking of bridles, the beating of drums.”

Here at the beginning of holy week two world views clash and eventually end in the murder of Jesus. In a temple dedicated to Emperor Augustus and his Empire we find this inscription:

Jesus, on the other hand, takes the prophet Zechariah as the text for his demonstration. Matthew quotes Zechariah who tells of a coming king who will be “humble, and riding on a colt, the foal of a donkey.” In the following verse we are told the vocation, mission, or passion (what he is passionate about) of this king:

“And I will cut off the chariot from Ephraim, and the war-horse from Jerusalem, and the battle bow shall be cut off: and he shall command peace to the nations (Zech 9:10).”

So here at the beginning of the holy week we are presented with two options: the Roman Empire’s theology, pax romana, or peace through war. Peace waged through superior force, weapons, and might. There is of course nothing unique in Rome’s approach towards its enemies. It has been the theology of all world powers since the beginning of recorded history and continues today in the modern American empire and all other nations whose tanks, rockets, and weapons bring peace just like Caesar of old.

Jesus of course is asking us to come out of Bablyon, to join his procession and no longer learn of war. As Zechariah foretold and Jesus chose as his passion, he came to banish war from the land – no more chariots, war-horses, or bows.

This conflict between worldviews will finally be resolved in the crucifixion and resurrection of Jesus. The crucifixion demonstrates that the powers that be are nothing more than murderers. The resurrection is God’s endorsement of Jesus and his methods.

In the book of Luke we see Jesus weeping over the inhabitants of Jerusalem. Indeed we could read it as a lament over the entire human race.

“If you, even you, had only recognized the thing that make for peace! But now they are hidden from your eyes. Indeed, the days will come upon you, when your enemies will set up ramparts around you and surround you, and hem you in on every side. They will crush you to the ground, you and your children within you, and they will not leave within you one stone upon another, because you did not recognize the time of your visitation from God.”