Can Mormons be socialists? The case of El Salvador

I am visiting El Salvador for a few weeks, and was able to have an interesting conversation today with a young Mormon from San Salvador named Pedro. He is going on a mission to England this October, and just finished his first semester at university.

Before I mention what he told me, let me provide an extremely brief overview of recent Salvadoran history to give some background. El Salvador was ruled by US-backed right-wing dictatorships for most of the twentieth century.

Because most Salvadorans were extremely poor and landless, a communist movement called the Farabundo Marti National Liberation Front (FMLN) took to the mountains and began an insurgency against the government. This led to a civil war from 1980 to 1993 in which 75,000 Salvadorans were killed. The civil war was marked by government backed death squads who assassinated many Catholic priests, including the Archbishop of El Salvador, Oscar Romero, and four nuns from the USA. The Salvadoran Army committed many massacres, and tried to kill anyone that they felt might be sympathetic to the FMLN guerillas. Many of these Army units were trained by US military advisers.

When the civil war ended, the FMLN became a political party. The current president of El Salvador is from the FMLN. He was elected in 2009. Some members of the FMLN are orthodox Marxists wishing to follow the path of Cuba, while others (probably the majority) are socialists but would be better described as Democratic Socialists of the sort you would see in Germany or Sweden, or western Europe in general.

Anyway, back to Pedro. He said that in his ward (Mormonn congregation) in San Salvador, most people support the FMLN. He said there are two or three families in the ward that support the right-wing ARENA party, but that’s it. He did not know if that is the case amongst members of the other wards in San Salvador. He could only comment on the situation in his ward, because that’s where he grew up.

He said that most poor people in El Salvador support the FMLN because they are known to be concerned about the poor, while the wealthier Salvadorans typically support ARENA, whose founders had links to the death squads from the civil war period. He also mentioned that most Salvadorans do not support communism, for example as practiced in Cuba, because it is not very democratic.

I told Pedro that most Mormons in the USA support capitalism and are very right wing. He seemed pretty surprised by this. And disappointed.

I’ve had hunch for a while that most Mormons outside of the US (or even outside of Utah, California and Arizona) are pretty leftist politically. I don’t have any data to back up this assumption, so can’t say for sure that that is the case.

At any rate, the case of Pedro’s ward in San Salvador shows that we Mormons in the USA who are leftist, socialist, or liberal have a lot more company in the Mormon Church as a whole than our meager numbers here domestically would suggest.

If anyone has similar stories, it would be great if you can submit them as a comment. Thanks, William Van Wagenen 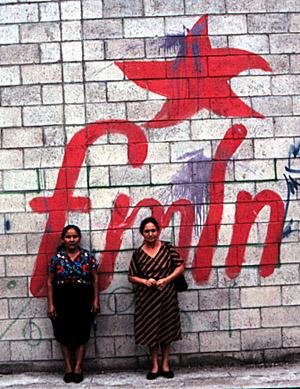 21 thoughts on “Can Mormons be socialists? The case of El Salvador”